Can Homeless People Get Jobs? 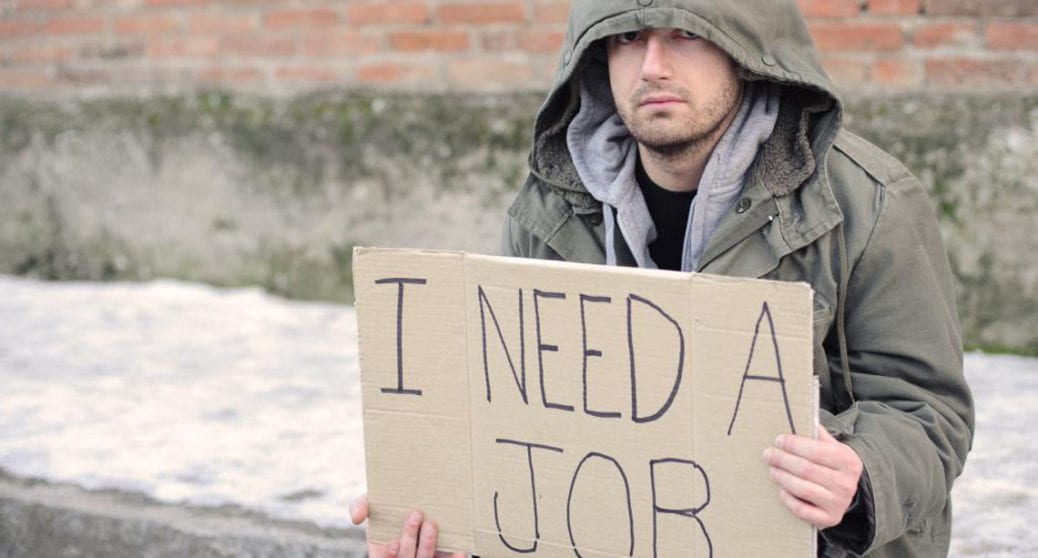 There is a discrimination based on homeless status which overshadows the applicant’s education, skills and years of experience in just one moment.

Homeless People across the nation find themselves excluded from the workforce when the potential employer find their address or lack of one.

Above all, there is wide prevalent belief in our society that the homeless people have substance addiction, criminal background and a lack of desire to make a living.

Homelessness remains an enormous challenge which can only be solved by active participation of the individuals, government organizations and agencies.

Homelessness is a circumstance when people are without a permanent dwelling, such as a house or an apartment. People who are homeless are often unable to acquire or maintain an adequate housing.

THE PROBLEM WITH HOMELESSNESS

In 2005, an estimated 100 million people worldwide were homeless and as many as 1 billion people lived as squatters, refugees or in a temporary shelter, all lacking adequate housing.

More than 643,067 people experience homelessness on any given night in America.238,100 of which are people with families.

It is estimated that around 25% of homeless people suffer from mental illnesses including schizophrenia, bipolar disorder and depression.

Homelessness is not something that happened overnight. It has been in the country for decades, but we chose to ignore it.

Homelessness is a complicated phenomenon and requires broad community participation to bring an end to it. Here are the most dominant reasons that can result in homelessness;

One of the reasons for homelessness is a sudden loss of job as a result of, recession, an accident, unbearable trauma or a personal loss.

There is a large population which spends way more than they earn and lead their lives on credit and sooner or later, sink in the debts.

On the other hand, 64% of Americans don’t have enough cash on hand to handle a $1,000 emergency expense, according to a survey by the National Foundation for Credit Counseling.

There is a drastic shortage of affordable rental units for the poor across the United States of America. Around 30-50 % of the income goes towards the rent or home installments which makes people immune to homelessness.

Substance addiction is one of the major contributing factors for many people becoming homeless and remaining homeless.

Domestic Violence is the third leading cause of homelessness. Consequently, these people are emotionally weak and unstable as they have witnessed a traumatic event which left them with no option but to leave their homes.

Another leading cause of homelessness is an accident or trauma that leads to physical and emotional disabilities. People living with disabilities are often marginalized and are twice as likely to be below the poverty line. Around 45% of homeless people are disabled physically or emotionally.

CHALLENGES FACED BY HOMELESS PEOPLE WHEN LOOKING FOR A JOB

People end up being homeless due to circumstances that went out of their control. There is a wrong perception that homelessness is a choice and these people would rather stay on the streets than find a job.

However, the best service one can provide to homeless people is providing them with the resources to secure an employment and sustain his/her household.

Here are the challenges faced by Homeless People;

Rejection by the society

To sum up, this could easily be the most difficult challenges faced by the homeless people. The society outcasts and rejects these people and would not allow them to live nearby.

For instance, there have been many reported incidents where people expressed their unlikeness to having homeless even near their dead relatives in a cemetery.

There is an uncertainty to find food and shelter daily, a never-ending struggle to cope with a stressful life. In other words, there is a stigma attached to homelessness which gives birth to depression and hopelessness. They must constantly move from one place to another to fulfill their basic needs.

A lack of hygiene often means you would not be hired. There is a low chance of finding a job when a person is not presentable enough for the interview.

﻿Loss of emotional well-being, will power and respect.

With homelessness arrives an utter lack of self-respect, will power and confidence. In conclusion, for a homeless person, survival is the goal. Later, comes health care, mental health treatment, substance abuse program or job training.

Homeless people are sometimes falsely accused or convicted of fraudulent behavior as they are easily susceptible. As they keep moving from one place to another, carrying all their stuff, there lies a danger for theft and loss.

The face of homelessness is changing rapidly. Though, veterans, people with disabilities, single parent families, substance addict are at a higher risk, nowadays, more and more working population are struggling with the risk of homelessness.

Here are the types of Homeless;

These people constitute the least common kind of homeless. For instance, they are the ones who have been living on the streets without any source of income for over a year or more.

The people who stay at a shelter or on the streets for a short period due to a catastrophic event is the most common type of homelessness in America.

The ones who are frequently going in and out of the homeless shelters constitute the Episodic homeless. In other words, they are usually young people suffering from medical conditions, abuse, domestic violence or unemployment.

This category comprises of unaccompanied youth under 25, or families with children or youth who are on the verge of becoming homeless as they do not have steady source of income.

In short, much of homeless population comprises of men, women and children who are victims of domestic violence. They do not have any other home and are fleeing from the one they used to call their own.

However, we can work together to bring an end to this problem. It involves massive participation of common people, government, country officials, law enforcement, NGO’s and social welfare organizations towards a common goal.

Here are the steps to bring an end Homelessness;

The gap between increasing housing costs and stagnant income widens day by day. On the other hand, it is one of the most severe crisis of the United States of America leading to unemployment and homelessness.

To sum up, nearly 11 million households pay half of their income towards housing. There should be access to rapid re-housing, permanent supportive housing, tiny homes, and public housing to bring an end to homelessness.

Above all, there should be enough Emergency Shelter for the growing number of homeless population that can offer food, shelter, medical assistance, safety, rehab treatments and job assistance.

Meanwhile, the rejection from the society is a hurdle in overcoming the barriers of employment in a homeless person’s life. The community plays a crucial role in bringing up and empowering these individuals to keep striving for a better life.

A widespread misconception about homeless population is that they would rather stay on the streets than find a job. Therefore, measures should be taken to create public awareness about the homelessness.

The gap between the richest and poorest people in the United States is bigger than in any other country in the world. Therefore, homelessness is a widespread problem in America.

If you are concerned about the plight of homeless in America, you can take steps to bring an end to it.

Homelessness is far more complex than we think. We need extensive measures, community engagement, public awareness, government actions and strict laws protecting these people to cope with this problem.

Here are the ways in which you can serve the homeless people of America;

Contributing to the organizations that work for homeless, hungry, abused or addicted is an excellent way to work towards bringing an end to it.

Firstly, get in touch with the local homeless shelter and find out what they need. Invite or take a homeless near your surroundings to the safe shelter. In addition, follow local politics, speak about homelessness in council meetings.

Spend your free time where it counts. For example, spend some time in
serving food and providing free tutoring to homeless children in need.

All of us can do our bit in ending homelessness. Reach out to them and ask if you can help in any way possible. You can provide them with clothes, food and cleaning necessities such as a tooth-brush, sunscreen and soap. Invite a homeless for dinner or take their kids for a movie.

Homelessness is extremely isolating. These people are going through extremely difficult situations and often feel unworthy and invisible. Certainly, a smile can go a long way in reminding them that they are important and worthy.

Listen to their stories, ask them questions and show some empathy to the people who have lost their homes. For example, just sitting, chatting and listening to them would serve the purpose of igniting a hope inside their hearts.

To sum up,Homeless cannot be defined by one cause and therefore we need multiple measures, both economic and social to go hand in hand.