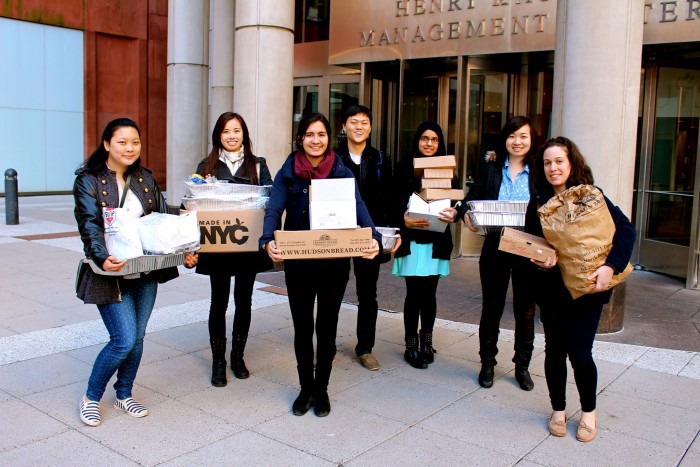 Robert Lee is the son of two immigrant parents who were quite successful in their home country.

They started facing financial problems in America due to language problems and different opportunities.

As a child in elementary school, he was astonished to see how his classmates would throw away half-eaten sandwich after the lunch. “When I was growing up, there were these two Korean myths,”

Lee told The Huffing ton post. “One of them is that if you throw out food you have, then your future generations will starve that same amount.

The other is that if you throw out food, then in your afterlife, you have to eat all the food you ever wasted as a form of punishment.” They believed that throwing away food is bad karma.

While studying finance and accounting at New York university, Robert Lee started volunteering for Two Birds One Stone. They delivered
uneaten pasta, soups, and vegetables to nearby homeless shelters.

Robert, along with Louisa Chen proposed an innovative idea for food rescue nonprofit organizations which won $1000 prize at a college entrepreneurship contest.

And most importantly, they would gladly pick up a single bagel or a cup of soup.

Robert, who worked as an analyst at J.P. Morgan, devoted his spare time to creating a network of New York City restaurants, from delis to large chains like Starbucks and Panera Bread, that agreed to donate food, and he enlisted volunteers to make food deliveries to homeless shelters

Only a year into his finance job, Robert gave up his six-figure salary to focus on RLC. “I compared one hour of impact at J.P. Morgan to one hour at RLC, and the difference was just tremendous,” he says. He is now the group’s only full-time employee. “One shelter recently told us that our donations allow them to provide dinners for more than 300 people, three nights a week,” Robert says. “Things like that make me glad I quit my job.”

“As I’m doing this, I’m literally learning 10 new things a day and it’s been really fun, and I don’t regret it,” said Lee.

“So far it’s the stories that we hear that make me realize I did the right thing. “

There are tons of restaurants that have left overs they throw out “said Lee. “It’s a matter of engaging our volunteers, as well as convincing those restaurants to work with us.”

“The two issues [food waste and hunger] go hand in hand,” Simon said. “We produce enough food to feed everyone. We just have to get it to them.”